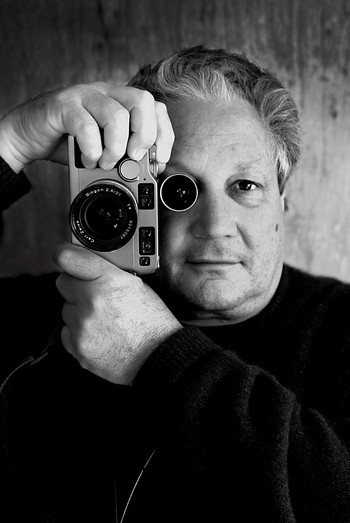 Simon Cowling has been a professional in the advertising, design and audio-visual industries for over 50 years. He has travelled extensively, photographing in many countries including Hong Kong, Italy, Greece, the Middle East, Spain, Italy, Africa, the United States, Canada, South East Asia and Sri Lanka.

He has photographed for numerous advertIsing campaigns, corporate publications, books and magazines, and has run several large studios. He is also an educator, designing and running courses for the Australian Centre for Photography in Sydney as well as founding Shoot Photography Workshops, Perth’s first independent photography school.He still teaches, but in a private capacity only.

Simon is an accomplished exhibiting photographer and printer, and he has archived and printed the work of many well-known Western Australian artists. He has also published over 11 photography books. His work is in many private collections as well as Artbank, the W.A. Art Gallery, the National Gallery Canberra, King Edward Memorial Hospital and the Kerry Stokes Collection. His exhibitions have also resulted in various corporate commissions, including a 400-print commission for the University of Sydney.